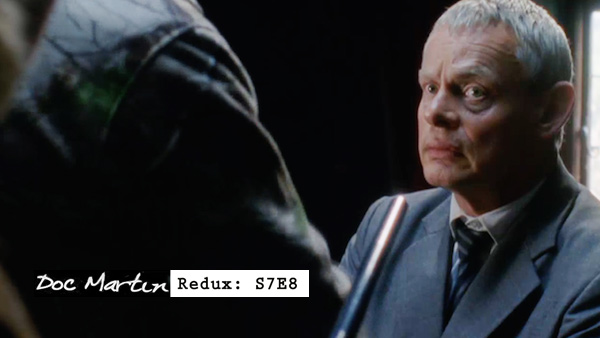 After struggling through couples therapy, Martin has indicated to Louisa that he thinks the two of them parting ways would be the right thing to do. Martin appears so fixated on this notion, he couldn’t help but give Louisa an agenda for a dinner they’re about to have. Just like many times before, Martin is being more rigid than he needs to and unsure about how to deal with matters of the heart.

While in conversation about the dinner, Martin and Louisa are interrupted by Dr. Timoney, who has swung by to offer gratitude for the medical treatment provided after her car accident and to apologize for the bizarre behaviour she exhibited after the fact.

Louisa soon informs the therapist that she and Martin are going to work things out on their own.

Dr. Timoney: “You are without a doubt one of the most challenging cases I’ve ever come across.”

Dr. Timoney: “It’s been interesting working with you both.” 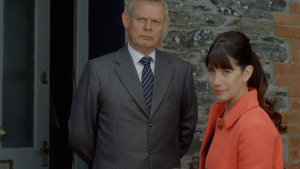 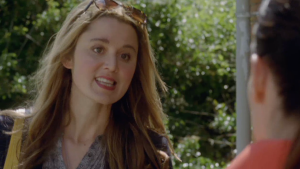 Elsewhere in Portwenn, Bert is dressed up and ready for business. Although PC Penhale recently put an end to the eldest Large’s Whiskey brewing days, a nearby bar owner has ordered 20 bottles. In order to fill this order and perhaps others, Bert plans on setting up a manufacturing operation in a mine.

As Aunt Ruth is presented with this information, she poses the idea of helping Bert get a permit so that the Whiskey business can keep going: from her bed and breakfast property. Bert is pleasantly intrigued.

At the surgery, Martin is perturbed that one of his patients, Annie Winton, requires a house call to examine her bad leg. After initial resistance, Martin makes the trip to her distant farm. Very quickly, however, this becomes a very different medical visit.

Upon arrival, Annie secretly locks Martin inside the home and does not seem to have a leg injury. Rather, she’s concerned about a lump in her husband Bill’s neck and would like Martin to give yet another opinion. Annoyed, because he’s already told Annie and Bill to go with the diagnosis of his oncologist, Martin at first refuses to do anything more. Eventually, Annie talks Martin into at least having one more look at Bill.

After a quick chat with Bill, Martin maitains his original opinion and opts to leave the premises. But, Annie isn’t having it and again questions Martin’s professional perspective.

“Mrs. Winton, I don’t know what you expect me to do,” exclaims Martin. “I’m not in the business of miracles. I’m sorry.” 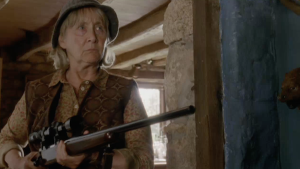 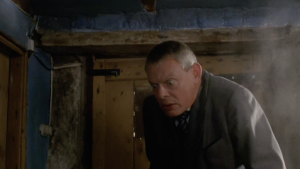 While trying to leave, Martin notices the door is locked. When he turns around to tell Annie this, she is pointing a large rifle in his direction.

“Can’t you at least try Doc?” Says Annie. “Everything you can think of.”

Responds Martin: “Have you lost your mind? What on earth do you think you’re going to achieve by threatening me with a gun?”

Annie is done with Martin’s demeanour and fires a shot just past his ear. Startled, Martin tries to cool down the situation and offers to examine Bill further. Once in his room, the doctor determines it’s time to make a run for it. As such, he hops out the window and begins sprinting through the country.

While on the move, Martin spots a pickup truck and his chance to flee for safety. After the driver agrees to drive Martin back to Portwenn, it’s revealed that the man behind the wheel is Annie and Bill’s son. Subsequently, Martin gives the emergency brake a good yank. He barrels out of the car, only to have the driver’s beastly dog chase and tackle him to the ground.

As the evening hits, Martin finds his mouth duct-taped and his wrists tied to a bed frame. Back at home, Louisa is concerned about Martin being so late to dinner and wonders if something is amiss. 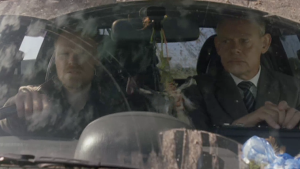 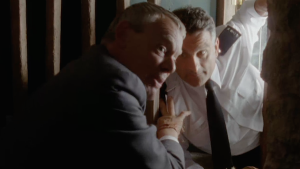 In the morning, Martin once again makes an escape attempt, but is thwarted. Annie, still with the gun in her palms, demands that Martin analyze Bill’s medical records. Of course, Martin has no interest in doing this, but a shotgun has a way of changing even the most difficult person’s mind.

Upon learning of Martin’s last known whereabouts through Morwenna, Louisa and PC Penhale make a trip to the Winton residence. During their encounter, Annie allows PC Penhale and Louisa into her home for a look around. Although PC Penhale doesn’t see a thing, Louisa notices Martin shoes and informs the officer once outside. As he loves to do, Martin’s cop acquaintance bumbles his first rescue attempt. Before you know it, Martin, Louisa and PC Penhale are now being held hostage.

Understanding that his best chance of getting out of the Winton household is to look at Jim’s medical files, Martin finally gives them a closer peruse. Through his inspection, he notices that a second biopsy wasn’t done on the lump causing Jim all his problems. Thus, the original diagnosis may not be exactly what was originally expected.

Once it is determined that Jim’s condition has worsened – by the lump getting bigger – Martin agrees to investigate. Unfortunately, Jim has made a run for it, but is soon discovered on the ground nearby. He is in bad shape, barely breathing, as the lump is pressing up against his windpipe. 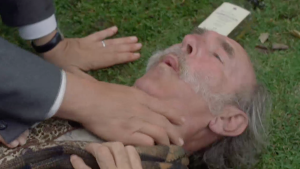 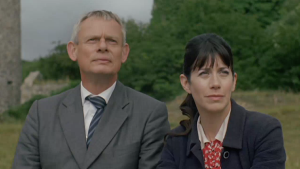 With Louisa at his side, Martin makes an incision in the lump, so that Jim’s breathing can improve. Very quickly, Jim begins to feel better, even if his family could go up the river for keeping multiple people hostage at gunpoint.

As the commotion clears, Martin and Louisa are left with one another.

Louisa: “Everyone said you might have just left. I know you wouldn’t let me down. You’re the one person that never has. I just knew you wouldn’t. I knew [that] in my heart.”

Martin: “I’m never going to change the way I feel about you.”

In a moment, a pair of “I love you’ gestures are exchanged, followed by a passionate, grassy knoll kiss. Following a day in which Martin and Louisa were torn apart, yet unable to leave the other behind no matter how tough everything became, it appears that the couple have realized how important it is for them to stay unified. Their recent bump in the road may have been a large one, but a smoother road looks to be ahead.

How long will that last? Well, we’ll all have to wait until Season 8 to find out. 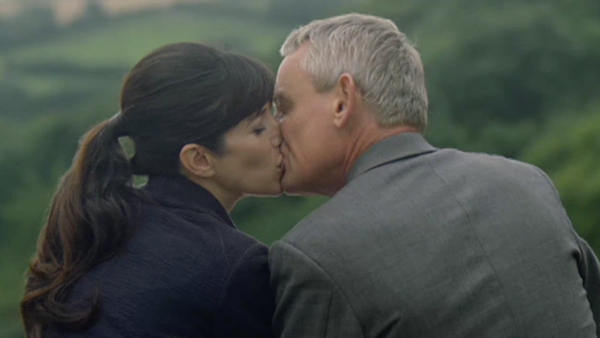