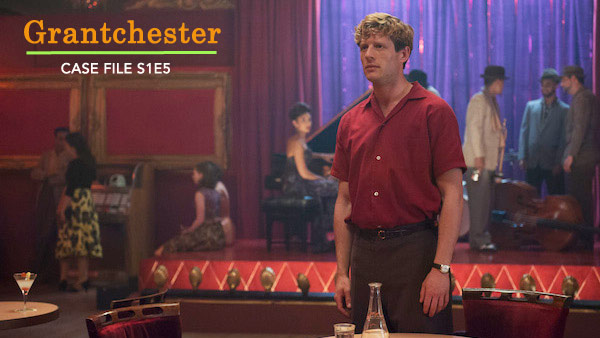 In London with the hopes of getting their heads out of Grantchester for at least a night, Sidney and Geordie visit an area jazz club. As the two get closer to the entrance, a young man struggles with a bouncer who doesn’t want him inside the venue. Despite raising an eyebrow at this moment, Sidney and Geordie mind their business and continue with their attempt at a night off.

Inside the club, the immediate vibe isn’t totally comfortable. You see, the venue is run by Archie, the father of Johnny, the man who happens to be romantically linked to the vicar’s sister, Jennifer. Archie is a short-tempered, demanding and demeaning fellow that has little patience or respect for his children Johnny and Claudette, both of whom work for him. Instead, Archie puts a young lad named Justin on a plentiful pedestal.

Welcome to this week’s “Grantchester” Case File! Before reading, do note that there are many spoilers ahead. This episode is available to watch online through Thursday, July 14, 2016.

After exchanging pleasantries with Jennifer, Johnny and his family, Sidney and Geordie get a table. As their collective moods begin to lighten once the music gets going, Sidney is surprised to see that Amanda has entered the club. Their initial encounter is a little awkward, but once a few drinks are tipped, the duo pleasantly carry on as if they were not affected by the more-than-friends love they deeply hold for one another.

During their night, Sidney and Amanda befriend singer Gloria Dee between sets – all is light in the air, until the music begins once again. 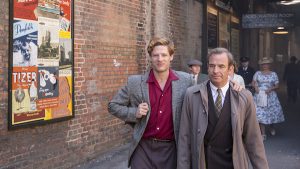 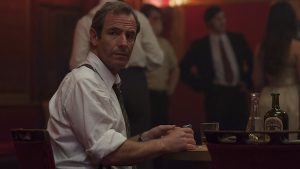 Soon, Archie is seen staggering in a bewildering fashion into the room, immediately suggesting that something has gone dramatically wrong. What that turns out to be is his daughter Claudette being found bloodied and dead in the alleyway – the big, blunt murder weapon is right beside her. Immediately, Sidney and Geordie’s day off has come to an abrupt and tragic end.

As Sidney and Geordie survey the scene, they are rudely interrupted by Detective Chief Investigator Jacob Williams, who can’t help but turn his nose up at the officer and vicar. Avoiding incident, Sidney and Geordie go back inside the club.

There, a stunned Amanda and a stoic Sidney try to make sense of what happened. However, before they get anywhere close to the bottom of things, Amanda’s soon-to-be husband, Guy, enters the club and abruptly makes his fiancé leave. Clearly, Amanda being in the presence of Sidney rattles Guy.

Upon waking up in London the following morning, Sidney and Geordie are trying to piece together exactly what happened to Claudette. With that in mind, the two visit Jennifer and learn that she had taken Claudette’s place at the club’s doors the night prior. Why? Well, she was going to meet with her boyfriend, Walter, the same man who was coincidentally being unceremoniously tossed out of the club as Sidney and Geordie got there. Walter is not approved of by Archie, hence the sneaking around. Even with that in mind, some can’t help but think that Walter was the one who murdered Claudette. 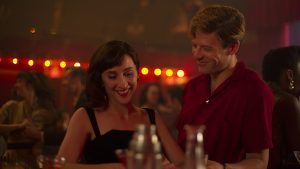 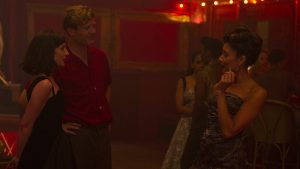 Once Sidney and Geordie track down Walter at his place of business, they notice him being physically attacked by Justin – someone who wants Walter to be guilty. A soon as the parties are separated, Walter alleges that Archie is responsible for his daughter’s demise. Shortly afterward, Johnny agrees that Archie has a violent streak in him.

Amidst this chaos, Sidney is summoned to meet with Guy. This meeting, however, takes a quick turn for the worse as Guy feels as if Amanda hasn’t let go of her feelings for Sidney. What’s more, he thinks Sidney hasn’t let go of feelings for Amanda. As a result, Guy tells Sidney that he will no longer preside over their wedding and that he will not be seeing much of Amanda once she’s married. Befuddled and unimpressed, Sidney heads back to the jazz club to drown his sorrows.

After more than enough cocktails, singer Gloria Dee takes Sidney home. Somehow, this initially seems like a good idea, but all of that changes the next morning when Sidney begins thinking about Hildegard and the trust he just took advantage of. However, as he rushes out of Gloria’s home, he notices a piece of Claudette’s bracelet on the floor. Could Gloria be a suspect? Justin certainly suggests this by informing Sidney that Gloria was jealous of Claudette.

As Sidney tries to wrap his head around the murder and the relationship he may be killing, he visits Geordie at the police station. It is here when a call is received from Tommy, the less than personable bouncer from Archie’s club. His tip: Charlie Rush, August 24, 1941. 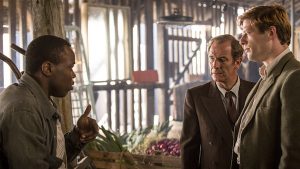 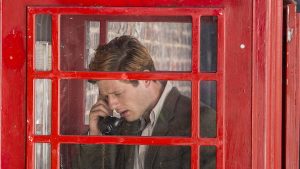 Upon further review, Geordie figures out that Charlie was murdered 12 years prior and that Archie was the preliminary suspect. But, he somehow escaped charges. Williams, the officer who’s given Sidney and Geordie a hard time, was the arresting officer.

With tensions in the family still high, Sidney and Geordie attend Claudette’s funeral. Here, the pair hopes to get Archie talking, as they can’t help but think he knows more about Claudette’s death than he is letting on. While Archie doesn’t say anything incriminating, he notes that someone is clearly out to get him and his family.

Sure, it’s plausible to feel sympathetic here for Archie, but Johnny isn’t buying it. Johnny calls out his father’s past actions (while in the same room as Claudette’s casket) recalling how violent he was to their mother – especially after she sought the comfort of another, less volatile man.

It is with this encounter that the pieces of this case really start coming together. As it turns out, this man that Archie’s wife turned to was Charlie and Archie killed him out of embarrassment. What he didn’t count on, however, was who saw this original murder: Justin. 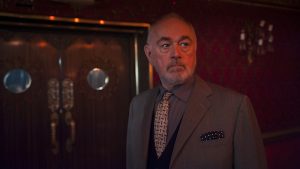 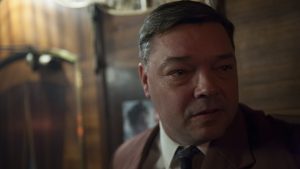 Archie’s trusted, right-hand-man had been getting close to the club mogul so that one day he could exact some revenge. His first act of revenge was the killing of Claudette. Next up, it was time to take care of Archie. With Justin being Archie’s driver, he could truly pick his spot.

In this instance, the spot proved to be the same warehouse in which Charlie was murdered. Once Sidney and Geordie find said warehouse, they find a beaten Archie attached to his chair as Justin prepares to end the life of the man who took his father’s. Sidney, in his own special way, talks Justin out of yet another murder. The young man breaks down in tears, as years of pain all hit at once.

While Sidney has managed to save a life, he is at odds about what he is doing with his. Amanda is kind of, sort of, out of the picture and he’s sinned greatly after gaining Hildegard’s love. With these conflicts brewing inside of Sidney, one can only guess how he’ll handle his own indiscretions.