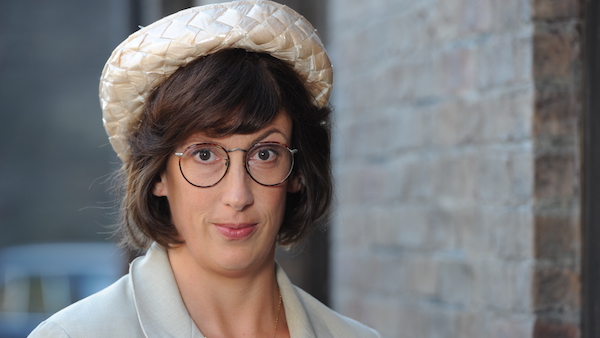 Even though Chummy Noakes (Miranda Hart) has recently spent lots of time outside of Nonnatus House, whenever she’s back in the building, there is an added air of delightful energy, along with the constant possibility that a creative quip will emerge and lead the ladies to a chorus of chuckles.

Primarily viewed first as a comedic actress (see: “Miranda”), Hart’s ability to meld her laugh-out-loud screen presence with an authentic dramatic turn has been impressive to watch.

Helping Hart become involved with the series in the first place was Jennifer Worth, the woman whose memoirs inspired the “Call the Midwife” series.

“She sent me the book and said, ‘When I first saw you on telly, I thought Chummy,’ recalled Hart during an interview with Digital Spy. “I thought, ‘Ooh, that’s intriguing’ so I flipped straight to Chummy’s entrance in the book. You would, wouldn’t you? And I thought, ‘I really hope I get to play this’. So I was thrilled.” 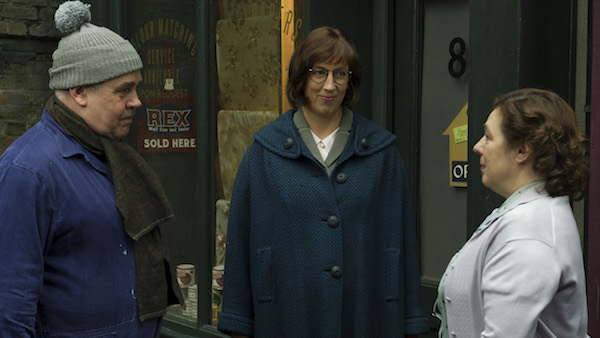 As “thrilled” as Hart was to join the cast of “Call the Midwife,” one thing that did take some time for her to get used to was the amount of bike riding she’d have to do.

“I thought, ‘That’s an acting challenge’ because apparently once you’ve learnt to ride a bike you don’t forget,” joked Hart. “But it turns out…I was by far the best! They were really heavy old bikes with no gears at all. So actually it worked out. Though I say it myself – and here’s a showbiz exclusive – I’m a natural cyclist. I had the confidence to wobble about whereas Helen [George] would actually have fallen over. It was quite fun – I call it stunt work.”

This week on the season four finale of “Call the Midwife” (Wednesday at 9pm ET/6pm PT): Trixie and Sister Mary Cynthia team up to support a deaf mother-to- be, while a case of morning sickness proves more serious than initially suspected. Elsewhere, Fred’s daughter is less than delighted about his forthcoming wedding. 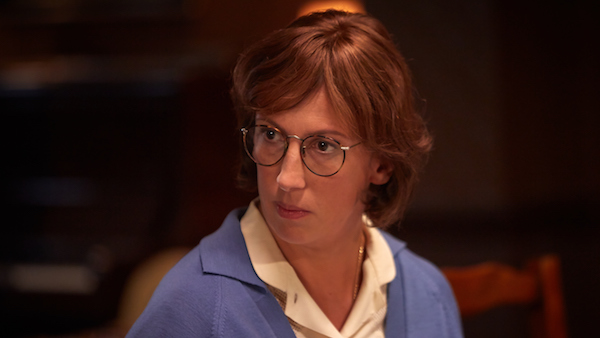