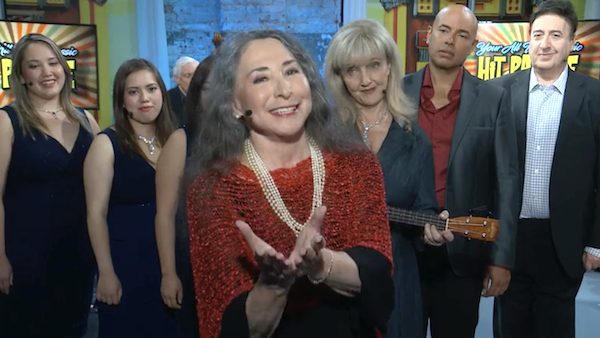 Hosted by Marilyn Lightstone, “Your All-Time Classic Hit Parade” is a charming music variety series that features some of the best pop hits of yesteryear! Sing-along, dance-along and let the talents of our Zoomer Players: David Warrack, Moshe Hammer and the Zoomer Band, the Ault Sisters, Thom Allison, Simon Spiro, and Judy Marshak put a smile on your face and a spring into your step!

As any music appreciator would tell you, not all hit songs are built to last. Some become popular because of their ability to relate to a specific time and place, or because they are performed by whomever the flavour of the month might be. But, a truly great hit song is one capable of catching on with various generations and achieving longevity no matter who sings it, or when. To many, “On Moonlight Bay” is one of those truly great hits.

“On Moonlight Bay” was composed by Edward Madden (lyrics) and Percy Wenrich (music), and published in 1912. Since that time, this catchy, yet spellbinding song filled with lovely imagery and moments of reflection, has been recorded many, many times over. 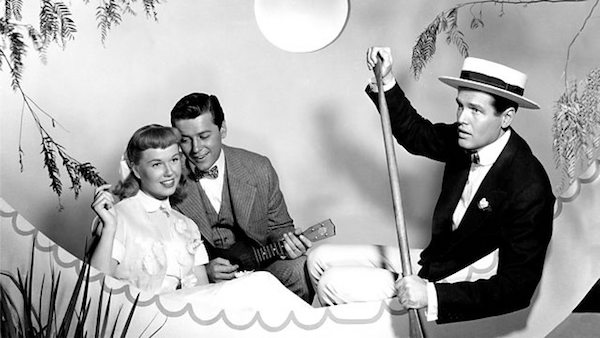 Shortly after “On Moonlight Bay” was published, American Quartet and Dolly Connolly performed some of the earliest versions of the song.

Beyond that, “On Moonlight Bay” has also been recorded and/or performed by the likes of Glenn Miller, The Mills Brothers, Bing and Gary Crosby, as well as The Beatles (who released their take on it as part of the Beatles ‘Anthology 1’ in 1995).

However, what really shone a light for “On Moonlight Bay” was its use as the title track for a 1951 romance film of the same name. The movie starred Doris Day and Gordon McRae, the former of which would go on to feature the song as part of her “On Moonlight Bay” studio album.

No matter how you discovered it, we hope that “On Moonlight Bay” remains a big part of your life’s soundtrack.